Universe, Earth: MACROCOSM subject to radiation, electromagnetic forces. There is an interaction between these forces or energies.
How and in what way these forces interact with our bodies? And then why some people create problems and others do not.
We are not all the same (as the Fiat uno will always be a Fiat Uno – and the Ferrari will always be a Ferrari): these differences are genetic situation.

Subjectivity: the individual capacity of adaptation.

As well as in macrocosm at the universal level everything is governed by the electric force, magnetic force, gravity etc, the same is also true in microcosm.

We assume that the notion that an organism is healthy is that ABSOLUTELY is not in equilibrium; more balanced structure (fixed) more got sick;
less a structure is fixed and then with adaptability (i.e. out of phase) plus this property is alive, more organized.

A stable cell line is a dead cell because you won't be able to interact with what's outside and what's inside.

Consists of a membrane (the part that surrounds it);

Nucleus: is the Central, the computer; where there is DNA (dos);

Golgi apparatus: vaculeii, isotomi etc. (factories devoted to the functioning of the cell);

Amongst the facilities there is the Cytoplasm (it's full of water and polymer colloids or or macromolecules: inside there are protein type substances).

Theory of Prigogyne: there are three types of water: – 1, 2, 3 WATER WATER WATER

Is plain water from the tap. If we put some salt or sugar melts or mass subzero, freeze.

But if this water we put in the structure of the cell membrane, with these polymeric substances becomes thewater 2.

First freezes at -50° and dielectric constant * is 5 * and not 80 *.
* dielectric constant: the ability of electricity to cross, to penetrate this substance and the transport capacity
* 5: things go by faster and better
* 80 so there is some resistance

This water constantly maintains a degree of resonance: this is key to be able to explain how the magnetic field can interact with this cell.

In a cell with a high voltage electron microscope (see more).

You see what is in cytoplasm. Call Missopatologia citoscheletrapolymer: each cell has an Association (with several substances) which run through the cell into the cytoplasm in its entirety.

These structures are unstable: according to the needs they serve are constructed and discarding: There is no stability. The balance is to not be in balance: not to have a constant. The disorder is the most important thing to create an organization.

These polymer structures are formed according to the needs they serve.

How they are formed? What are they for?

The membrane has its canals, its pump mechanism (for sodium, potassium, calcium); has its receptors (his strength). However, these are all physical elements that need an input to be created or destroyed. Need a piece of information that we have as many or as few, that are more or less open, to give more or less step. To do this, or we act through the core, or provide it through an external situation (frequencies, waves that can interact on the cell).

The cell membrane is a structure made of more "sticky" at certain distances to contain certain frequencies wavelength.

This cell, in order to work, it needs to have nourishment (enzymatic exchanges).

How can affect this organism a magnetic field?

A magnetic field carries a certain amount of energy through the frequency (oscillations or vibrations) phonons (proton magnetic field phonons light;) interacting on the cell system.

If we take the low frequencies are going to interact in this mechanism by creating aswing in any part of the cell.

We said that in order to have the greatest likelihood of organization, the system must be non-equilibrium then each part has its own oscillation frequency (the membrane oscillates as well, the core "Cola", the mitocondro "colì"): everyone does what he wants, but only in the sense of swing. You do not have a spatial arrangement. Diamond, for example, (one of the hardest materials of the Earth) has elements, atoms, the electrons that are well outlined in a space (they are well fixed, rigid, in a structure). Swings, swing space, however, is very short and so you have a kind of rigid structure. But it is an inanimate body; in the cell, however, all the elements fluctuate as they want and that's why this complexity can be together.

If we stabilize the entire hotel, we Orient spatial or we make them vibrate in a certain way steadily eliminate the cell. That's what happens when you get sick: this is called the "alternative medicine" ENERGY BLOCK (something that is held and this breaks the system: create a fake balance, which is no longer of adaptation).

Healthy cell, instead, there is a balance inconsistent: each piece has its own frequency.

If you take a low threshold of frequency, intervenes in the cell and find the structures with which it can interact: you put at the same frequency, the same swing. Though this in a manner not specifically or clearly defined. This means you get global action, but do not get more precise action. 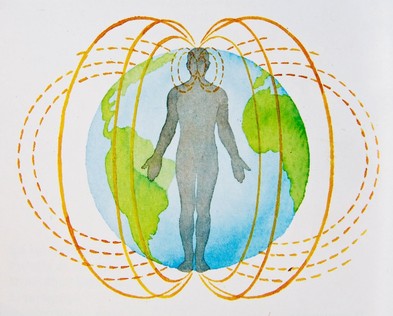 If you instead use a high frequency (magnetic field) I have to bear in mind that each of these elements in its vibration, has a threshold (to go up a step I have to use some force). The same in the cell: If I use a frequency that interacts in a very distinct, with certain frequencies, I construct, created within the cell an aggregation of these structures. You begin to create a cytoskeleton vibrating, oscillating all consistently: at the same frequency. In this way I provide accurate information: this swing has a very precise meaning because it interacts with very precise, concrete structures, leaving out others.
All this can happen for our body works according to the System of "FROLICH": our body is a phenomenal energy store and is a phenomenal energy in a processor. Take and give in. ... Then you enter the frequency of the cell, creating momentary interactions very accurate (do an information to which there is a fast response: as well as enter must also go out because if it doesn't come out you create a energy block, you create the silica, you create a consistency, stability, and then kill cell).

So if there is an individual who is a geopatogeno node and already his genetic trait has a certain consistency, this man is extremely. He creates a buildup that inevitably sooner or later he will get sick because all this structure no longer works properly.

So we to be balanced, to be self organized we must constantly have moti, vibrations, oscillations inconsistent.

The magnetic field then is important because certain things, which straightens through other factors are diverted (bearing in mind the subjectivity of base).

DAMAGE = CELL DEATH. The different wavelength frequencies create a block: penetrate into the cell and not come out (if the body lacks the ability to reject outside that State energy). So everything hangs in; by blocking the energy the cell organizes itself so stiff that dies. It deletes itself: does a car implosion. 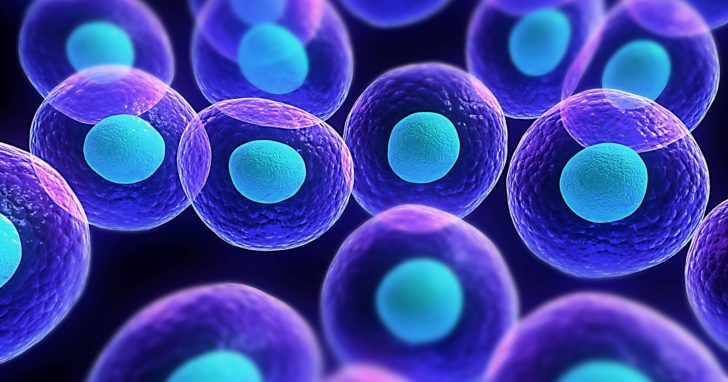 From this block can create much: it makes this unit instead of a block-level (a rigidity of this element), the energy is such that this system be upsets. Throw it in the air and you begin to create constant frequency variables. We saw that in the cell there are photons However, according to the Theory of "Danilov" you are also the SOLITONS: at some point in this system by an input of some kind, of a certain frequency, this system begins to constantly keep cars, load alone. Then you have the ability to maintain long time an energy charge (that's what works in muscles). On a radiation for this we must wait one – two minutes because we have a reserve, a compound called precisely solitons. Constantly these pompano from a lower potential, from a position of lower energy, higher. Hence we need to download; until you download is fine, however when not drain anymore, everything breaks, falls apart around the energy-transfer mechanism and everything starts to go crazy and goes about his business. There is a great need of this constant of interaction.

If we have a pollution from radio, radio-telephones, electricity and geopatogene areas are constantly interacting with us and we constantly have to fight these energies. To this we added all positive or negative input regarding the appearance of psychic type.

Everything is based on the concept of coming in and out, comes and goes.

Until the interchange is perfect, or perfect enough, straight enough things travel; When this is gone, now begins to create the error. Error that can be corrected with certain medicines, though you can correct optimally with the BIO-DEVICE that the Full-Point created because they are situations (electromagnetic smog, geopathogen nodes) that are not seen (at least there is some sensitivity for which there realizes).

So if one of the symptoms, you give medicines to heal but apparently actually give him a blow more because I don't do nothing but increase energy block subsisting. If this block is created by a psychic movement, or exposure to electromagnetic field or geopathic, the result at the end is always the same. It is therefore important to rest overnight in a situation where you're recreating a balance of charge-discharge process, download-upload) as sleeping on the bio-device Full-Point.

About the Author: admin