The goal of our company is to design, manufacture and produce personal protective devices from Electrosmog.

Electromagnetic fields, although not yet in the field of ionizing radiation, have cumulative effects on the metabolism of living structures or even if it does not immediately cause a tumor such as radiation they get to alter metabolism and after, for example, a few thousand seconds (i.e. days) cause an effect similar to an ionizing radiation. 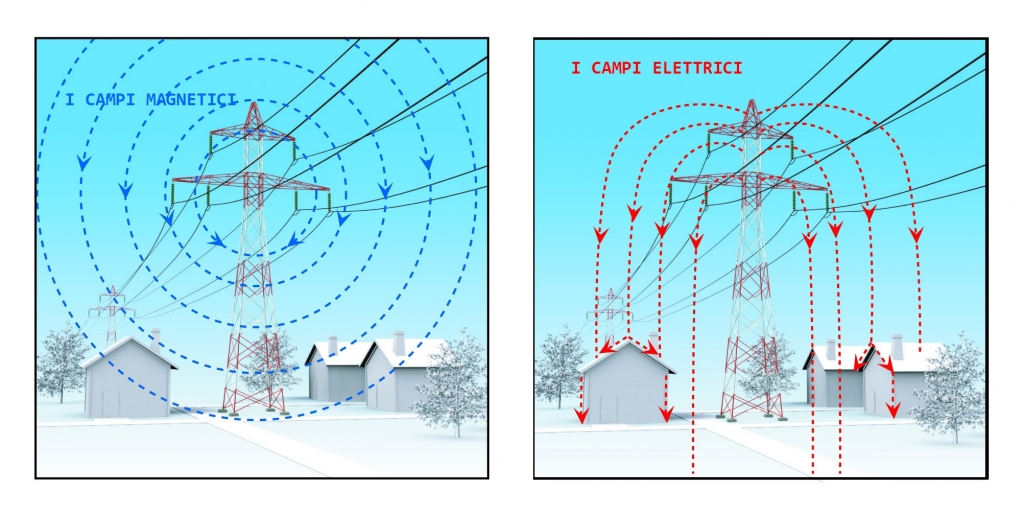 The electric field is reported to land considered to be zero. The magnetic field under the 10,000 Hz consists of lines of force closed and therefore not related to zero. At frequencies higher than 10,000 Hz electric and magnetic fields interact creating electromagnetic waves that propagate through space.

In recent decades there has been a sharp increase in radio transmissions both television and radio systems as well as telephony systems causing a strong pollution from radio waves which is generally referred to as Electrosmog.

From the point of view of protectionism the simplest way seems to be that of schermaTURA of environments or body but this solution is as ineffective as it is impractical both because any form of shielding should be Totaland connecteda on the ground , both because it is impossible to make human beings live practically locked up in a Faraday cage.

The Bioriposo Society&Full-Point has been studying and addressing the problem for many years with the aim of finding a solution avoiding any form of shielding . A 'accurate scientific research and with the application of the Law of Lenz has designed and implemented "devices" protected by patents aimed at the protection of the bed so that the subjects where they still spend 30% of their lives could rest in a protected area. 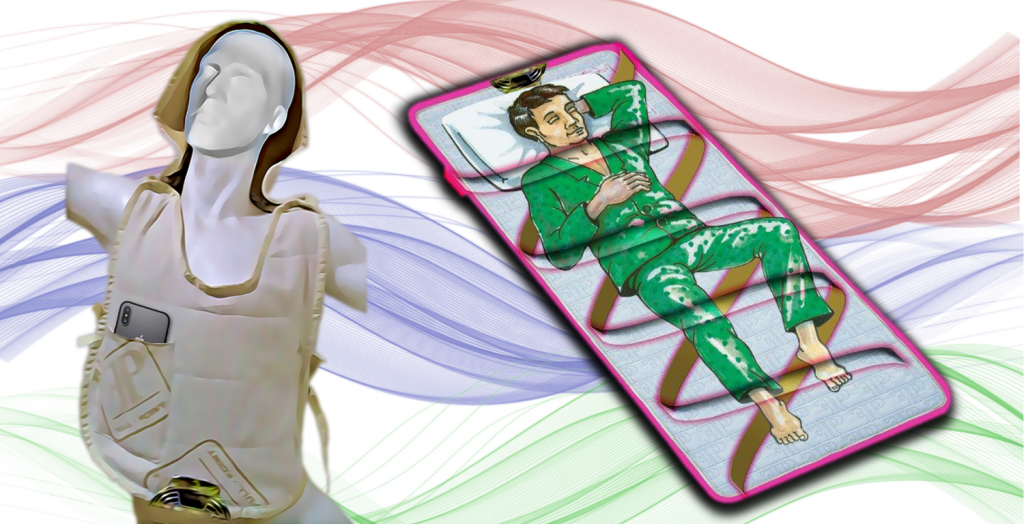 As a result of the continuous and sudden changes in the increase in pollutants from Electrosmog and the increase in the values in order of frequencies above 2.5 GHz (telephony 5 G), today with the contribution of Professor Bruno Brandimarte the Bioriposo & Full-Point has developed additional protective devices Individual "It's not just a bit of a different life," he says. Whose Common physical principle is based onand LeggThe by Lenz and Faraday- Neumann.

This physical principle intervenes in an important way, on a very wide frequency spectrum; electronic measurements taken, with university-controlled detection, first without our devices and after with our devices, using tools (Rhode&Swartz) calibrated as secondary samples, detected very high electrosmog attenuation coefficients Neighbors 100% . Tests in videos available on youtube https://www.youtube.com/watch?v=fHXEVeTQHok.

IT is NECESSARY to KNOW that the human body cannot live a normal life without the natural energy that it receives from the environment in which it lives and grows.

Wineskin that light, air, water and food, our body requires the Earth's magnetic field.
However due to Electromagnetic Influences and factors covered by the structural our body cannot get full benefits.

The Geobiology is a discipline that involves medicine, architecture and physics and relations between man and the environment.

The structure of the land on which the House is built, its orientation, the materials of the bed, the underground waterways, and the presence of radio waves in the environment, affect the lives of those who live there.